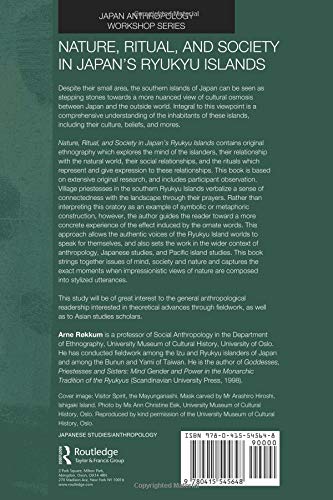 These cookies help us understand user behavior within our services. For example, they let us know which features and sections are most popular. This information helps us design a better experience for all users. To learn more about cookies, please see our cookie policy. To learn more about how we use and protect your data, please see our privacy policy. Subjects Sociology Nonfiction.

Sociology Nonfiction. Format OverDrive Read Abandoned Japanese in Postwar Manchuria Embed. New here? As insular as Japan seems to be, it has always been bound up in relationships with others, particularly with people on the Korean Peninsula and in China. That is, they have thought of their homeland as east of China—the land of the rising sun. And they have called themselves Nihonjin.

But the word Ainu signifies something very different.


It means human. The answers: Ainu, we are people; and you are standing on our homeland, Mosir. Or, as one Ainu told a researcher: people whom one cannot trust. Back at the dig at Hamanaka II, Zoe Eddy, a historical archaeologist from Harvard University, stands atop piles of sandbags, surveying the crew. She flips between Japanese and English, depending on who is asking a question. Someone else calls out and she hustles over to assist. The tall, curly-haired brunette stands out; central casting circa would have hired her to play the role of feisty female archaeologist in some exotic locale.

It had a corn cob in its mouth. Eddy puzzled over it. Like dairy cows, corn is not indigenous to the island. Kamuy are great and small. They are mighty salmon and deer, humble sparrows and squirrels, ordinary tools and utensils. Kamuy visit the earth, have a relationship with humans, and if respected, they return again and again to feed and clothe humans.

To maintain a healthy relationship with the kamuy, Ainu artists traditionally represent the world in the abstract, creating pleasing designs meant to charm the gods—the transcendent symmetrical swirls and twirls of a kaleidoscope, not banal figurines. Making a realistic image of an animal endangers its spirit—it could become trapped, so Ainu artists did not carve realistic bears that clenched corn, or anything else, in their teeth. But art has a way of adapting to the zeitgeist. The typical Ainu bear today, a figurative bear with a salmon in its mouth, has a distinct German influence. 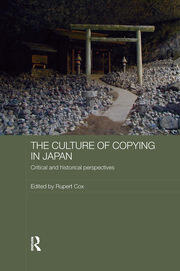 Ainu artists adapted after the Meiji Restoration: they gave tourists the iconic brown bears of the Black Forest that no longer existed. Like all island people, the Ainu had to deal with opposing realities. For much of their history, new ideas, new tools, and new friends flowed from the sea, a vital artery to the outside world. But the outside world also brought trouble and sometimes brutality.

The first serious blow to Ainu sovereignty landed in the mids, when a powerful samurai clan took control of Japanese settlements in southern Hokkaido. Across the globe, the chase was on for profitable voyages to distant lands, where merchants determined the rules of engagement, most often through force, upending local economies, trampling boundaries. Eager for profit, Japanese merchants dumped their trading relationships with the Ainu.

Who needed Ainu traders when the resources were there for the taking—seals, fish, herring roe, sea otter pelts, deer and bearskins, strings of shells, hawks for falconry, eagle feathers for arrows, even gold? In the late s, the Japanese government formally colonized Hokkaido. And Okinawa. And Taiwan. And the Sakhalin and Kuril Islands. The Korean Peninsula, and eventually, by the s, Manchuria.

The Japanese went to war with Russia and won, the first time an Asian country beat back the incursions of a European power in living memory. On Hokkaido, the Japanese government pursued a policy of assimilation, hiring American consultants fresh from the drive to assimilate North American Indigenous people. The government forced the Ainu into Japanese-speaking schools, changed their names, took their land, and radically altered their economy. They pushed the Ainu into wage labor, notably in the commercial herring fishery after Japanese farmers discovered fish meal was the perfect fertilizer for rice paddies.

For much of the 20th century, the Ainu narrative created by outsiders revolved around their demise. To the Ainu, the bear god is one of the mightier beings in the parallel spirit homeland, Kamuy Mosir. After death, bears journeyed to this spirit land, giving their meat and fur to the people. In winter, Ainu men searched for a denning mother bear. When they found her, they adopted one of her cubs.

A kotan raised the cub as one of their own, the women sometimes nursing the young animal. By the time it was so big that 20 men were needed to exercise the bear, it was ready for the ceremony. For two weeks, men carved prayer sticks and bundled bamboo grass or mugwort to burn for purification. Women prepared rice wine and food. A messenger traveled to nearby kotans to invite people to attend.

Guests arrived a day before the ritual, bearing gifts. At the start of the ceremony, an elder offered a prayer first to the goddess of the fire and hearth, Fuchi. The elder led the men to the bear cage. They prayed. They released the bear to exercise and play, then shot him with two blunt arrows before strangling and beheading him, freeing the spirit.

People feasted, they danced, they sang. They decorated the head and an old woman recited sagas of Ainu Mosir, the floating world that rested on the back of a fish. She ended Scheherazade-like, on a cliffhanger, a sly bid to lure the god back next year to hear the rest of the story. Viewed from today, the ritual of raising and sacrificing a dangerous predator seems both exotic and powerfully seductive. And in the minds of many people today, the bear and the Ainu have become entwined in a modern legend.

Separately they are animals and people, together they have attained a near-mythical status. Eddy sees the modern transformation of the Hokkaido bear, from sacred being to mascot, as a symbol of Ainu resilience under the pressure of Japanese domination.

kushikatsu-oasis.com/wp-content/roz-generisch-plaquenil-400mg.php For archaeologists, the bear testifies to deep antiquity of the Ainu and their ancestors in Hokkaido. And for the Ainu themselves, their ancient bear god gave them an unlikely toehold in the modern economy. Nearby, inside a cage, a real bear slurps down one of the treats. The museum was built in , after a flurry of civil rights activism, and today three brown bears are on display in separate cages.

Little kids, chattering away, feed a cookie to one via a metal pipe, then leave. The bear looks over at the three of us: Mai Ishihara, a graduate student at Hokkaido University; Carol Ellick, an American anthropologist who has worked with the Ainu; and me. Just a couple of months before my visit, a bear attacked and killed four people foraging for bamboo shoots in northern Honshu.

But these conflicts are not new.

One of the worst bear encounters took place in , when Japan was in full colonizing swing: a bear attacked and killed seven Wajin villagers in Hokkaido. Their deaths were tragic, but perhaps inevitable. Wajin homesteaders had cut down large swaths of forest for firewood so they could render herring into fertilizer. As the landscape changed, the relationship between humans and bears changed, too.

Colonization seems so straightforward on paper. There is no iyomante today. The bears in the Ainu Museum are there for the tourists. Her shoulder-length black hair frames a genial face. Yahata tells us that both her parents are Ainu, which is unusual; probably 90 percent of all Ainu have ethnic Japanese in their background.

The museum official makes no apology for being Ainu—she is proud. For Ishihara, listening to Yahata is a bit of a revelation. Ishihara is one-quarter Ainu, a fact her half-Ainu mother kept secret from her for much of her childhood. Physical traits do not a people make, but the Ainu are expected to have wavy hair and a certain stockiness to mark them as different.

Neither Yahata nor Ishihara look anything other than Japanese. Ishihara, artfully dressed and striking in high-wedge sandals, with a woven cap jauntily perched on her head, would fit into any big metropolis. Independently, both women began exploring what being Ainu meant to them when they were in college. The two women joke about how Japanese people tend to think the 16, self-identified Ainu live only on salmon and food from the forests in rural Hokkaido. Ellick, whose anthropologist husband Joe Watkins is a member of the Choctaw Nation of Oklahoma, laughs and jumps in. 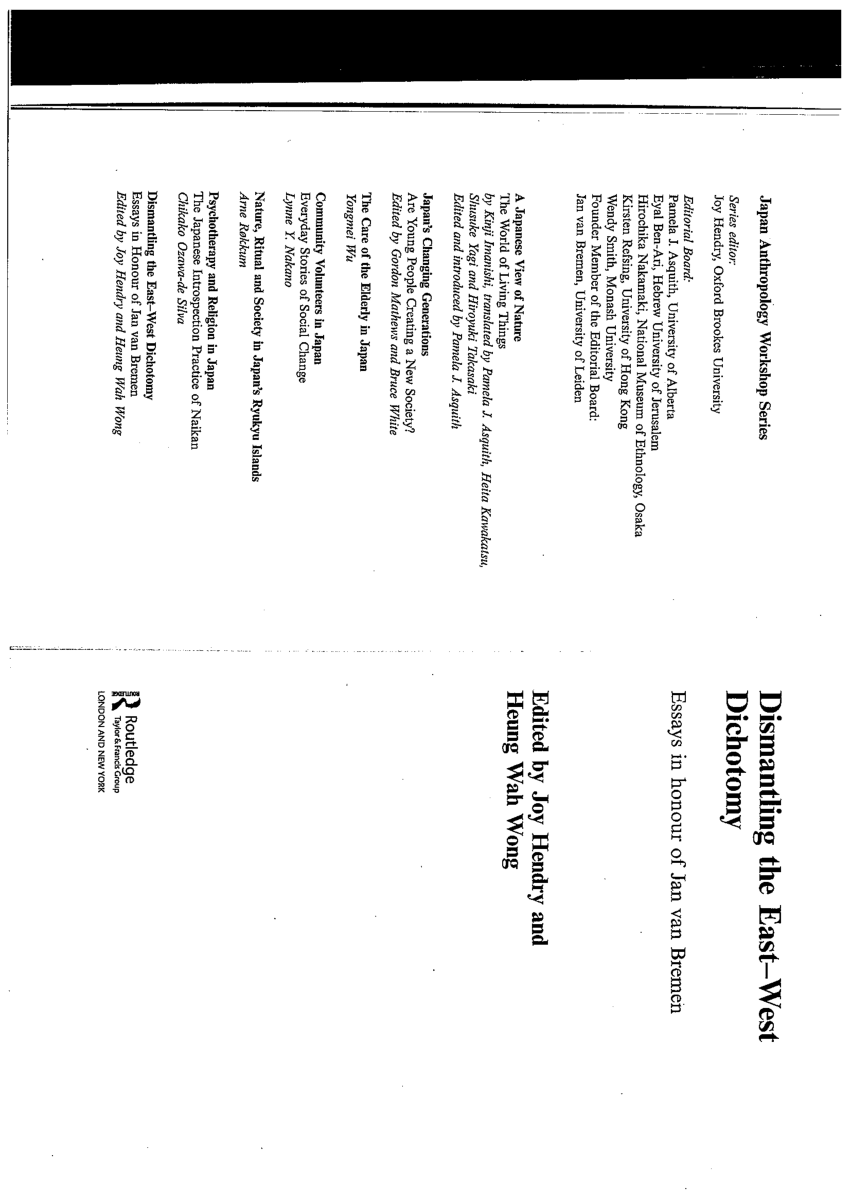 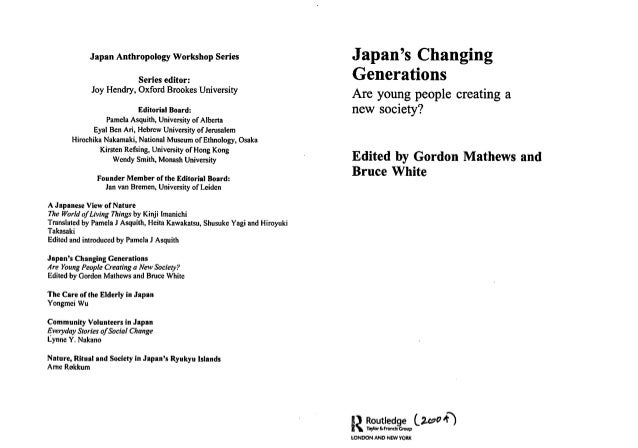 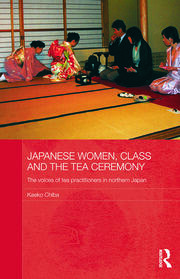 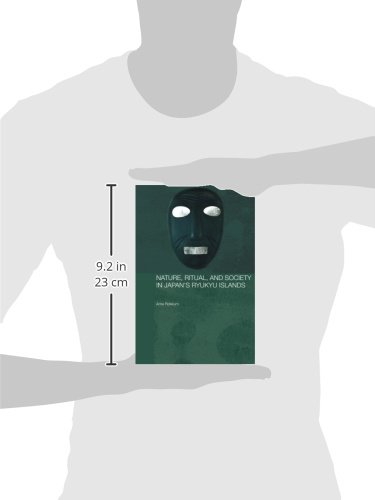